Helpful Source for Guidance During COVID-19 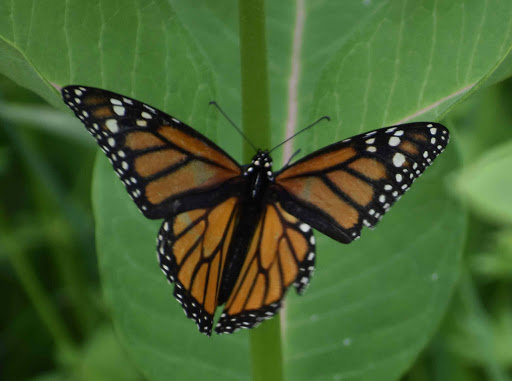 During the COVID-19 pandemic, many church pastors and congregants find themselves in need of guidance in thorny matters like church reopening, maintaining health during a pandemic, and helping others during these difficult times. Here's one source we can turn to from Wheaton College, the Humanitarian Disaster Institute. They have a wide range of resources ready to help. You may reach out to the Institute through this link: https://www.wheaton.edu/academics/academic-centers/humanitarian-disaster-institute/
Posted by Lansdowne Baptist Church No comments: 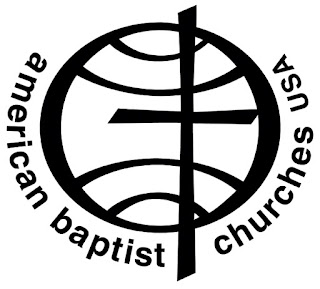 What follows is a letter from American Baptist Churches USA dealing with the chaos that has occurred as a response to racism following the violent death of George Floyd:

The death of George Floyd has caused widespread pain, rage, protests, and violence in Minneapolis and across the United States. I appreciate the input received from officers of the Regional Executive Ministers Council, members of the National Executive Council, and others in constructing a response to this event. While American Baptists have never advocated violence, we grieve with those feeling the pent-up pain from years of racial discrimination and injustice. The horrifying video captured at the corner of Chicago Avenue and 38th Street in Minneapolis has released years of frustration that can never be fully understood by those who have not consistently lived with injustice historically and presently.

Acts of current racial injustice as well as the effects of historic racial injustices have been brought into the light in recent weeks as we recognize that African-Americans have been disproportionately impacted by COVID-19. In a recent study, the Centers for Disease Control found that 45% of individuals for whom race or ethnicity data was available were white, compared to 55% of individuals in the surrounding community and that 33% of hospitalized patients were black compared to 18% in the community. Unequal access to healthcare, jobs, education, and training have all been influenced by the racialized society in which we continue to live.

Unfortunately, acts of violence have been cast upon many ethnically distinct groups within our congregations and among our international partners. Many Chinese as well as Asian-Americans are being targeted, harassed, and even physically attacked because of comments made about COVID-19. In Malaysia, we are hearing reports of the government using information collected from the treatment of persons affected by COVID-19 for deportation despite earlier statements that no one who sought medical services for the coronavirus would be arrested based on their immigration status.

Racism and Xenophobia have deep roots in American history and culture and wrongs cannot be righted overnight. While expeditious action is critical to the pursuit of justice for George Floyd, dialogue, conversation, systemic change, and continued acts of justice to curb the sources of prejudice and discrimination are needed.

In these tense times of ache and agony and stinging memories of bias and wrongdoing, we are called again to combat racism and resist violence. American Baptists have historically advocated against both violence as well as racial injustice. “Our denominational history is rich with resistance against violence. From Roger Williams speaking in defense of First Nations People, to the Abolitionists, down to Walter Rauschenbusch, and Martin Luther King, American Baptists in particular have been on the forefront for the cessation of violence and the coming of Shalom.” (American Baptist Case Statement on Violence from the 2015 Mission Table). I am calling on people of faith to find the resources of the Spirit to calm their anger. “Lead a life worthy of the calling to which you have been called, with all humility and gentleness, with patience, bearing with one another in love, making every effort to maintain the unity of the Spirit in the bond of peace.” (Ephesians 4:1-3, NASV)

Our denominational history is also rich in working toward justice in general and racial justice in particular. “Racial justice,” as defined in our 1989 ABCUSA policy statement, “is recognizing our oneness in Christ, confessing that we have not become what God wants us to be, and committing ourselves to pressing on to that mark of high calling by which we can become a liberating symbol to our nation and world of what it means to be the people of God. In so doing, we can challenge our nation to live up to its high purposes.”

We Are a Diverse Congregation: Come and See

We at Lansdowne Baptist Church are very proud of our congregation. The way we relate to one another and function as one people comes almost second nature, because that's who we are. We recognize our differences but are always willing to learn more from each other. Only then can we get a closer understanding and appreciation. Our diversity lends credibility to what we stand for as it closely follows the teachings of Jesus. Our arms are open as we welcome all into his house. 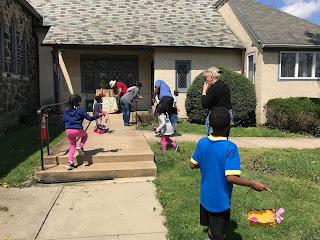 Revelation 7:9-10: “After this I looked, and behold, a great multitude that no one could number, from every nation, from all tribes and peoples and languages, standing before the throne and before the Lamb, clothed in white robes, with palm branches in their hands, and crying out with a loud voice, “Salvation belongs to our God who sits on the throne, and to the Lamb!”

Take a look at this article for more: https://www.baptiststandard.com/news/texas/segregated-churches-lack-credibility-in-diverse-society-deymaz-said/ 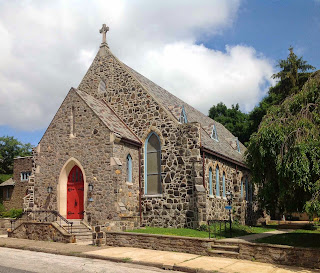