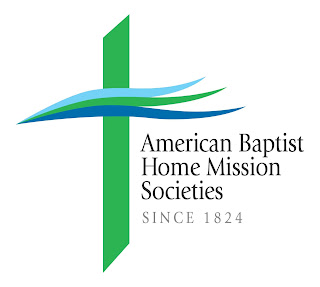 Following the awful demonstration of hate and terrorist violence in Charlottesville, Virginia, in August of 2017, the American Baptist Home Mission Society released the following statement that we here at Lansdowne Baptist Church fully support and endorse. American Baptist Churches USA is one of the most diverse denominations in the United States and that diversity is our strength! ~Reverend Jeffrey B. Snyder

American Baptist Home Mission Societies denounces and condemns—in the strongest manner possible—the violent and deadly demonstration led by a host of white supremacist organizations and individuals in Charlottesville, Va., on Saturday.
The human toll of three lives lost senselessly and more than two dozen individuals injured stains our American stature on the world stage. The racial and religious hatred expressed by the Neo-Nazi, Alt-Right, Ku Klux Klan and other racist organizations in opposition to the city’s decision to remove a monument memorializing the American Civil War’s Confederacy and its standard bearers is an affront to democracy and our social order.
We join with people of goodwill across our country who seek to make America’s public squares, government grounds and city streets safe for all citizens.
Furthermore, we commend and pray for all the valiant clergy, students, justice workers and others who gathered in Charlottesville to say “no” to violence, threats and intimidation from the white supremacist demonstrators.
In the wake of yet another terrifying episode of violence in America’s public square, we pray for the families and loved ones of Heather Heyer, whose life was tragically taken during the vehicular assault on dozens of peace workers. We pray, too, for the families and loved ones of Lt. H. Jay Cullen and Trooper-Pilot Berke M.M. Bates—the Virginia state police troopers who died in a helicopter crash related to the situation in Charlottesville—along with those who were victims of assaults and trauma, both physical and emotional, resulting from the violence.
“We call upon people of faith and goodwill to continue to pray and work on behalf of freedom, justice and peace in the United States of America and throughout the world,” says Dr. Jeffrey Haggray, ABHMS executive director. “Never were these prayers and this work needed more.”