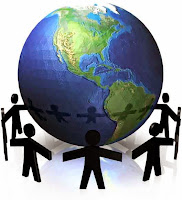 Our denomination takes a dim view of racist violence and white supremacist terror. The General Secretary reminds us all of our denominational stance. In part, he states:

Second, the white supremacist demonstrations in Charlottesville, Virginia (see, for example, http://www.cnn.com/2017/08/12/us/charlottesville-white-nationalists-rally/index.html), cannot be ignored. Let us encourage our pastors to remind our membership that ABCUSA stands for the full equality of all Americans and rejects every version of racial prejudice and specifically, the contemporary ugly resurgence of so-called “white nationalism.” I especially appreciated IM missionary Daniel Buttry’s Facebook reposting of an American Baptist Resolution which is still valid today:

This includes the American Baptist Resolution on the Resurgence of the Ku Klux Klan. The end of the resolution includes the following instructions to leaders:


We call upon the agencies and the leadership of the regional and national units of American Baptist Churches in the USA to:
1. Provide informational materials and other forms of support to individuals and to congregations engaged in efforts to educate their members about the nature of the Klan and about racial justice;
2. Represent American Baptist Churches in ecumenical efforts to combat the Klan;
3. Encourage public media to use their resources to promote racial justice;
4. Commend those media which have carried out investigative reporting about the Klan and its activities; and
5. Express our repugnance for the philosophy and activities of the Klan through appropriate governmental and legal channels.